Now, I know most of you are probably scratching your heads at this and wondering, “If they shouldn’t do superhero comics, what should they do?

What kind of stories should they tell?” Well to that question the answer is pretty simple, any. They can tell any story they want (they can even tell superhero stories if they want although from the title, this writer does not approve.).

Despite the fact that the medium of comics is mainly attributed to superheroes, there are several kinds of stories, ranging from crime to drama, action to fantasy, comedy to horror, that can be told and this isn’t even a recent thing.

If you look back in the history of comics, it was actually non superhero comics that made comics a medium to watch in the first place a la titles like the dandy in Britain and a little title by the name of the adventures of Tintin in Belgium.

But enough with the history lesson, the purpose of this article is to, in the opinion of this humble writer, make a point why African creators should try moving focus away from superhero comics and focus on increasing the range of stories they tell.

We comic book fans love superheroes. I’m yet to meet a comic book fan who has no love for our spandex clad icons, (I know of a writer who hates superheroes but still writes them but that’s probably for another article.) and so it’s really no surprise that most fans who also want to get into the field of making comics will naturally gravitate to the superhero genre. The same goes for creators here.

Outside of Tintin, our first comic book was probably a title about an alien orphan or a billionaire orphan or an orphan who got bit by a radioactive arachnid.

This has created an environment where the first thing that comes to mind when we hear comics is superheroes, and several generations of mainstream stories, some of which are considered classics and one of which is touted as the greatest comic book story ever(watchmen) has only cemented this belief. It’s not really the fault of the creators, it’s what they’ve grown up reading, what they’ve grown up seeing. But that does not have to be the only path they can take. 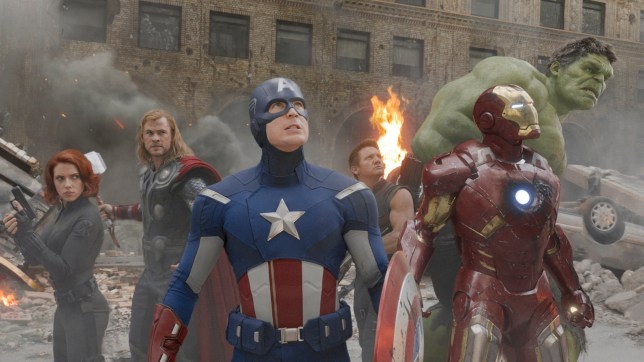 Now, onto the reasons why I feel local creators should move away from superhero comics. Well first and most obvious, it’s too saturated, there’s really nothing new to be done when it comes to this genre, no new stand out character to create.

We already have the fast one, the strong one, the smart one, the disabled one, several overpowered ones, fourth wall breaking ones, ones from alternate futures the list goes on and on.

You can literally come up with a superhero, give them a set of powers and there will probably be a character that has been around longer with that collection of abilities or any one of the powers given. 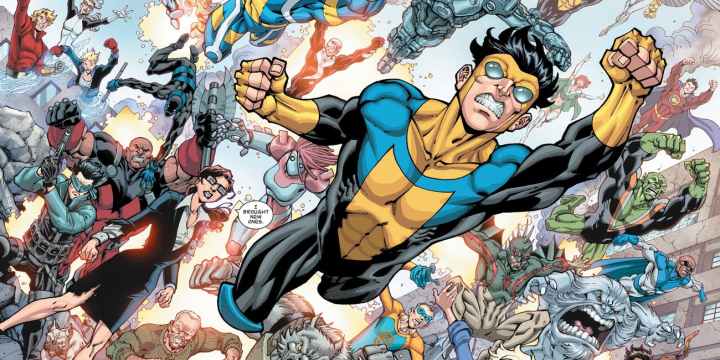 Just to illustrate my point, the last popular superhero comic, in 20 years, that has lasted without any reboots is invincible and that character was basically superboy with a few alterations.

What made that story work however was that it was a bloody, gory masterpiece that included controversial topics and turned most superhero tropes on its head. It also had a proper and satisfying ending. (Yes, it ended. Just thought I’d mention that).

That being said, it’s created an environment in the superhero genre where literally everything being done has been done before, every character you can create has been created before, every superpower you can come up with has probably been done before to the point that local creators here only end up creating black versions of already popular existing characters and to be blatantly honest, what’s the point of reading a book starring black superman when the original character exists with a longer history, a richer collection of stories, has the backing of a major corporation and is handled by talented, experienced and skill full creators?

The answer is there is none. Nada. No point in reading about black superman because superman already exists, has existed for years and has been beloved by all of us despite his skin colour.

In superhero stories, much like any story genre there are tropes, recurring (overused) literary devices or themes used to tell a compelling tale. Call them clichés if you will.

The reason I’m mentioning this is every story genre is often guilty of relying heavily on their tropes and in superhero stories, (hooo booy) they lean on them so hard, you will need a new liver and another spare new liver playing drinking games of spot the superhero trope.

It cheapens the impact of drastic story decisions because you know that event can be fixed with time travel, that character might not be the real character but a clone, that hero who has gone dark side might be under the influence of some villain, I think you’re starting to get my the gist of this.

As fun and awesome as these tropes are, they are overdone and often done to such a ridiculous scale, I find myself asking if villains don’t rob banks or steal TV’s or just want to rule the world anymore.

The reason I ranted on the overuse of superhero tropes is somewhat related to my first point on why local creators shouldn’t focus on the superhero genre, they’ve been done so many times, it’s all we know, it’s all we associate with superhero comics when we read them and it’s, like my first point, created an environment where creators are limited to telling stories that revolve mainly around these tropes.

This gives rise to stories that are often predictable and forgettable or full of plot holes and things that don’t make sense to observant readers.

Add to the fact that the characters don’t have the power of recognition behind them and you get a cocktail for stories that, despite having good intentions behind them or being good, come out as completely generic and run of the mill.

My final reason as to why I feel local creators should move away from superheroes, is that the western industry, which is what inspired most of the local creators to create comics, has a level of market ingratiation that makes it literally impossible for creators here to compete.

Add to the part I mentioned in my first point about how they have experienced, skilled and talented creators who have access to characters who have been around for generations and some of which have cultural icon status and creators here might as well be taking a toothpick to a Mjolnir fight.

If you’re trying to compete with someone who has been doing something for over half a century, you really need to come in with a beyond “A game” and creators here have the issue of lots of talent but lack of skill and experience. Because of this, a lot of the books here don’t have that bang wham factor that makes comics attractive (it’s a visual medium after all).

Also, we have a young industry and were trying to compete in a saturated market against an industry that’s older than some of us. You can obviously tell how this will go.

To bring this to an end, my aim of writing this is not to say that superheroes suck (except Damian Wayne. F*** Damian!), and I’m not trying to say the superheroes that come from the imaginations  of our local creators are terrible, I’m not even making this point as the hail Mary solution to our local industry.

I’m simply saying with the way the superhero genre space is so packed, looking at other genres is, in my opinion, a first step in trying to put local creators on the map. It’s not going to be easy but with the right amount of effort, passion and creative spark, it can be done. (but for real though, f*** Damian Wayne).

One thought on “AFRICAN SUPERHEROES ARE A DEAD END!”