This year’s Lagos Comic Con was by far the biggest and most successful! Full of life and color it was undeniable proof that geek culture is truly alive in Africa. The event started September 19th and ended on September 21st. This year’s event had two venues Alliance Francaise de Lagos and VIctoria Island’s Silverbird Galleria.

A lot happened, panels, exhibitions, and all sort of epic goodness. One major thing a lot of fans were looking forward to was the screening of Youneek’s Malika: Warrior queen, and they were not disappointed. The queen met her people and her people were most certainly pleased!

Spoof Animation also released their much anticipated Hero corps, which saw Strikeguard integrated into the new spoof Universe. Another important part of the event were the comic panels in which we saw key players in the industry discuss pertinent issues and the way forward.

The Fist awards also saw some of the most impressive in the industry rewarded for their hard work and recognized the passionate people who had given so much to the growth and development of their fields. 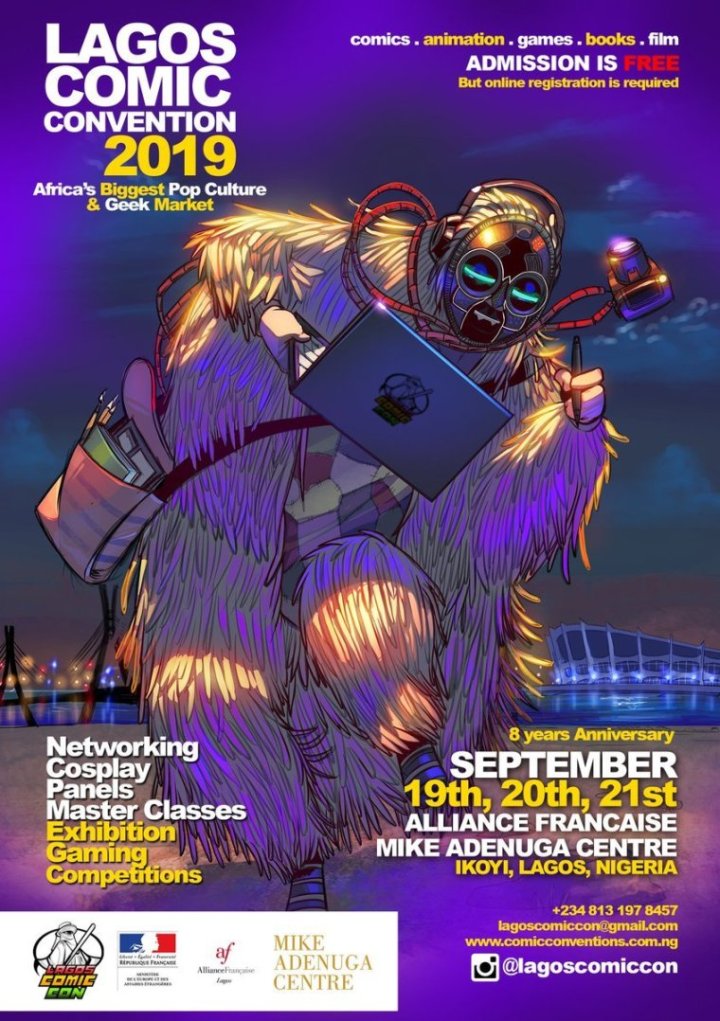 This year’s event was everything promised. Bold, fearless and a true depiction of 8 years of African growth, passion and creativity!