Itachi Uchiha is one of the most loved and intriguing characters in all of anime. A prodigy in every sense of the word his self-sacrifice and ability to persevere has earned him the admiration of millions globally, but what if I told you he didn’t really deserve it?

What if I told you he was in fact a culprit not a hero as everyone claims….at this point you’re probably saying ” you better have some God damn evidence to prove your ridiculous claims”…..well I do. So without further ado lets delve into exactly how Itachi Uchiha endangered the village rather than saved it.

In order for us to truly grasp what happened we must fully understand the events that led to his actions and the context in which they happened. Generations of persecution had embittered the Uchiha clan. The likes of Tobirama Senju had made conscious efforts to ostracize the clan, efforts that no doubt would have been frowned upon by his older brother.

The fact of the matter is, it’s the short-sighted decisions made by personalities like Madara and Tobirama that fanned the flames of the cycle of hate and the truth as unfortunate as it is is that Itachi was just as short-sighted as all of them.

Now by the time Sasuke was born the Uchiha clan had already been harboring the intention to usurp power.

This was for two main reasons, the first being they had noticed and rightfully so that they had been push to the outskirts of the village and cut off from any autonomy and decision making. The second reason was they believed they had the element of surprise. Fugaku himself confirms this much in his conversations with Itachi.

Now it is important to note the Uchiha were plotting a bloodless coup, their intention was to subdue those in power quickly before anyone could do anything about it.

Fugaku explicitly states this as well but of course this would not have guaranteed that the other clans wouldn’t have risen, but it does indicate the Uchiha clan had it’s reservations when it came to an all out conflict and more likely than not were trying to prevent that as best as they could.

The unfortunate thing was that they were backed into a corner, they were policing a society that was predisposed to fear and hate them all the while been cut off from the ability to truly influence any policy. This is made clear by the fact that it was impossible for an Uchiha to become Hokage no matter how gifted or qualified he turned out to be and in a situation like that their reaction was only natural.

Now to the Itachi Uchiha problem, by the time matters with the clan came to a head, Shisui Uchiha who was equally as promising as itachi but just a bit older had devised a plan to stop the coup, what he intended to do was put them all under Genjutsu, similar to Madara’s plan for the whole world and although this was not the best, it  would have been a better alternative but unfortunately Danzo stole Shisui’s eyes before he had a chance to initiate his plan.

Shisui and Itachi at the time were probably the only two who could have brought matters to a peaceful resolution, the Uchiha clan was in no position to trust the Hokage or his advisers because so far he had done nothing to help their situation but they could trust their sons. Shisui’s death worsened matters with some even suspecting Itachi but even at this point the situation was not beyond help.

It is important to note that at this time the Uchiha still believed they held the element of surprise and as such felt that their coup could be swift with minimum if not any casualty. If they had been informed that the Hokage was aware of their intentions it would have changed everything. It might either have caused them to spring into action quickly or set aside the whole plan entirely but in all honesty the former was more likely.

Now if they had been informed that the Hokage was aware of their intentions and made an offer that would help them, it is more than likely that they would have set aside all plans for the coup and this is where Itachi would have come in. The Hokage on his own was in no position to make promises to the clan but Itachi was, as he was trusted by both the clan and the Village authorities.

Now some of you are saying there is no way of knowing whether the Uchiha would have accepted any offer but actually there is. They were in a similar situation during Madara’s time and despite Madara’s cry for war the clan placed the peace and stability of the village above everything else.

People including Itachi forget, the Uchiha were a clan true but even more they were ninja of the hidden leaf, they also had a love for the village and would never see it burn if there were an alternative.

The mistake Itachi and everyone made was that they didn’t see the clan in that light, they merely assumed all they wanted was to rule but that wasn’t the case. They just wanted to make a stand and be represented equally and Itachi could have convinced Sarutobi and Fugaku to have talks, especially if Fugaku knew the jig was up.

An amicable resolution would have been reached because the Uchiha did not want to rule, they simply wanted to be treated fairly. 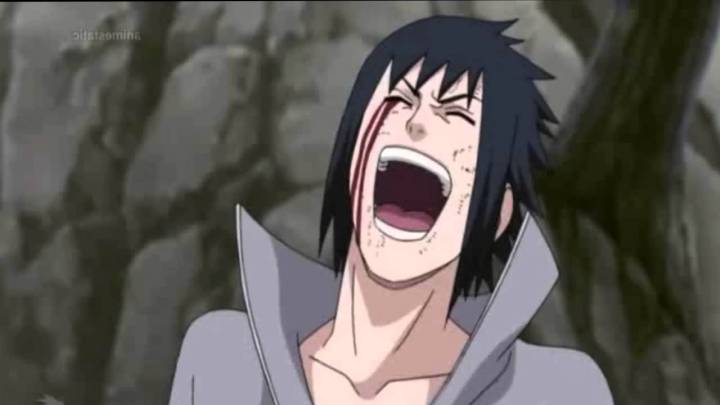 Now Itachi’s decision to murder the whole clan and then selfishly spare Sasuke was one made from childish short-sighted behavior similar to Madara’s , Obito’s and Tobirama’s and was also one that came as a result of his messiah complex. It is true at the time he was in the best position to end the conflict but that by no means meant he needed to shoulder the responsibility alone.

He himself admits this much when he advises Naruto. He emphasizes on the importance of not taking it on all on your own, a mistake that cost him his clan! The clan simply wanted to be heard and he put them to the sword for it.

It’s criminal and should never be glorified as a necessary sacrifice. It was pure, unnecessary and unmitigated genocide. A debacle that eventually created an Uchiha who would become a real threat to the Village, a disaster that could have been avoided.

Itachi is cool, that’s for sure but he’s not perfect and the murder of his entire clan was the biggest mistake he made in his entire life!