It’s no secret that 2018 has been the year of Wakanda. That said though the movie featured quite a number of notable black panther villains it most certainly could not feature all of them.Now in no particular order here is Rookiepencil’s list of Black Panther villains you need to know.

Coming in at number five is the White Wolf. For those of you who don’t know him Hunter a.k.a White Wolf was adopted by T’chaka the then black panther and father to T’challa after his parents died in a plane crash in the African nation of Mohannda. Despite the hate he suffered at the hands of xenophobic Wakandans due to the fact he was a foreigner he developed a love for Wakanda which resulted in T’chaka appointing him head of the Wakandan secret police the Hatut Zeraze. Upon ascending the throne T’challa disbanded the organization this act along with the already existing jealousy Hunter had for T’challa resulted in a bitter rivalry and Hunter been one of T’challa’s most capable adversaries. 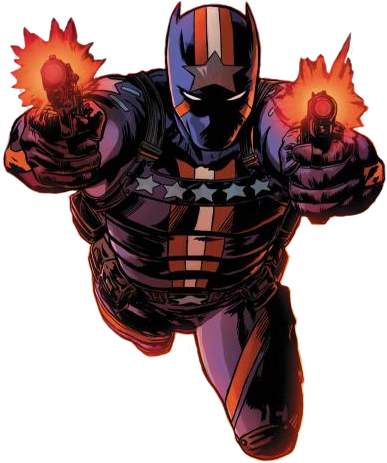 During T’challa’s time in Hell’s Kitchen he had many adventures and encountered numerous foes. Amongst them was the brutal and sociopathic American Panther. At first glance he looks like what you get when black panther and captain America get together to try and kill time but unfortunately for T’challa when they met this guy wasn’t exactly on the sunny side of sanity. After witnessing his dad’s murderer who also happened to be his mother’s lover elude justice due to some “legal technicality” as a kid, he developed some apathy towards foreigners in general and his job as a cop didn’t quite help. Though his intentions were noble his brutal tendencies and interaction with hate monger led to him and T’challa going at it. He was imprisoned afterwards and hasn’t been heard from since.

He’s quite the looker isn’t he? Well you know that saying “don’t judge a book by it’s cover”? Well that doesn’t apply with this guy. According to urban legend….yes he’s got an urban legend….He was a farmer who tended to rebels fleeing a neighboring country and suffered miserably for his kindness. Not only did the rebels seduce his wife, they also stabbed him 32 times and left him for dead.He survived by selling his soul to Mephisto and went on to kill all those who had interacted with his wife stabbing them 32 times. This guy would go on to give T’challa a lot of trouble, even managing to seize control of Wakanda at one point……Sheesh talk about an attitude adjustment!

Another troublesome fellow, Tetu was a pupil at a wakandan academy who retreated to the wilderness in search of knowledge he failed to find among men. he returned with the power to control the forces of nature and decide to use his newly found power to punish those he believed preyed on the little men of Wakanda. He formed a revolutionary movement known as the people and attempted to over throw T’challa as King. Though he failed his actions eventually contributed to Wakanda going democratic. Last we heard of him he was joining Hydra.

Another one of T’challa’s half brothers….for some reason they’re always trying to kill him…. Jakarra after the death of his father T’chaka arrived in Wakanda in search of  his birthright. It didn’t take long for him to fall in with the outcasts of the Hyena clan. He stabbed himself with Vibranium and eventually exposure to it’s radiation turned him into a hideous monstrosity that has plagued T’challa since.

One thought on “5 BLACK PANTHER VILLAINS YOU NEED TO KNOW”